We’re often asked what “Mister Pickins” means. Well, anyone who’s heard ‘em knows why: they have some of the quickest finger-lickin’ chicken-pickin’ on the Wasatch Front. We dare anyone to match their fretboard artistry for speed and agility. That makes this talented group of guys one heck of a dance band. These six players represent nearly 100 years of experience between them, and they ain’t even that old! 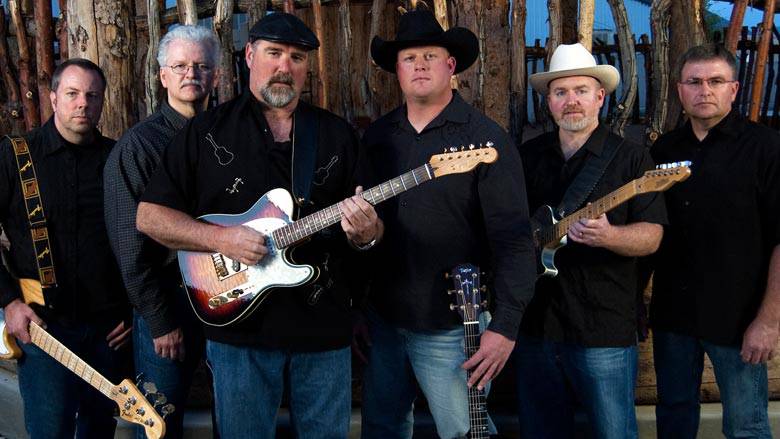 They make a party fun. You simply can’t sit still when they take the stage. Their style has been described as “classic country, morphed into contemporary country, meets classic rock and roll, with a twist of honky-tonk and blues.” In other words, if the song’s got a beat, this band can play it. There’s nothin’ this band can’t do!

In addition to playing guitar leads, Mister Pickins’ Carl Schwitzer also sings and writes many of the band’s signature originals. While Carl keeps things moving between genres with his extensive catalog of hits, head vocalist J. D. Shepherd charms the ladies with his boyish good looks. Mark Adkins on bass and Merlin Shepherd on drums are locked in tight so that the rhythm never flags.

Sam Hicks adds a distinctive country touch to the keyboards and Curt Gordon fills in all the gaps with his rhythm guitar. This group adds texture to every set with four-part harmonies and switch-hitter vocals that make this band particularly versatile and fresh. 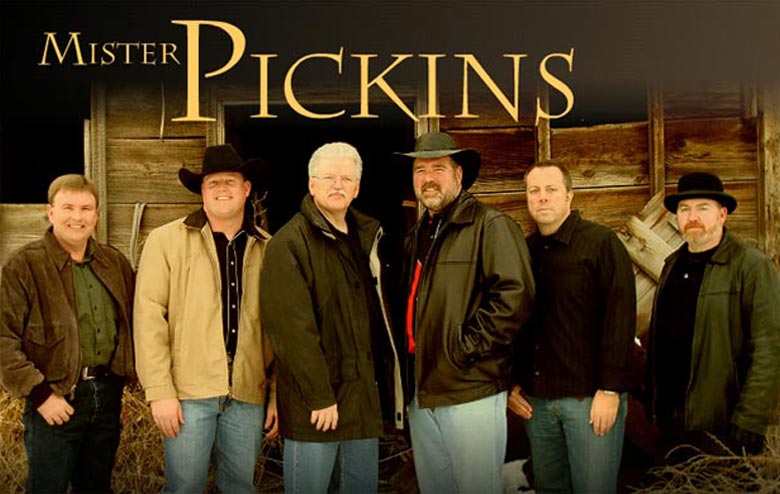 Don’t forget to wear your dancing shoes when they’re playing! This popular Salt Lake and Utah County band can play continuously for six hours, or more, without repeating a song. The band is also known for being prompt, dependable, and easy to work with. They’re invited back again after nearly every performance, a mark of success in the live music industry.

Okay, we admit it ─ Mister Pickins is a silly name; but when you hear them play, we’re sure you won’t forget them!