Nathan Osmond is more than just “A Little Bit Country!” Nathan Osmond has now hit the number 1 spot AGAIN on the Independent Country Charts. He reached the top spot for SWEET, then repeated the feat with his next three releases. 4 number ones in a row!

The Tailgate Song stayed at #1 for 4 weeks straight and its music video was seen on CMT, Sports Illustrated “Hot Clicks of the Day” and many other networks. Dad’s Old Fashioned Root Beer sponsored The Tailgate Song music video and is putting Nathan Osmond on their Diet Root Beer and Cream Soda cans as part of their 75th Anniversary celebration. 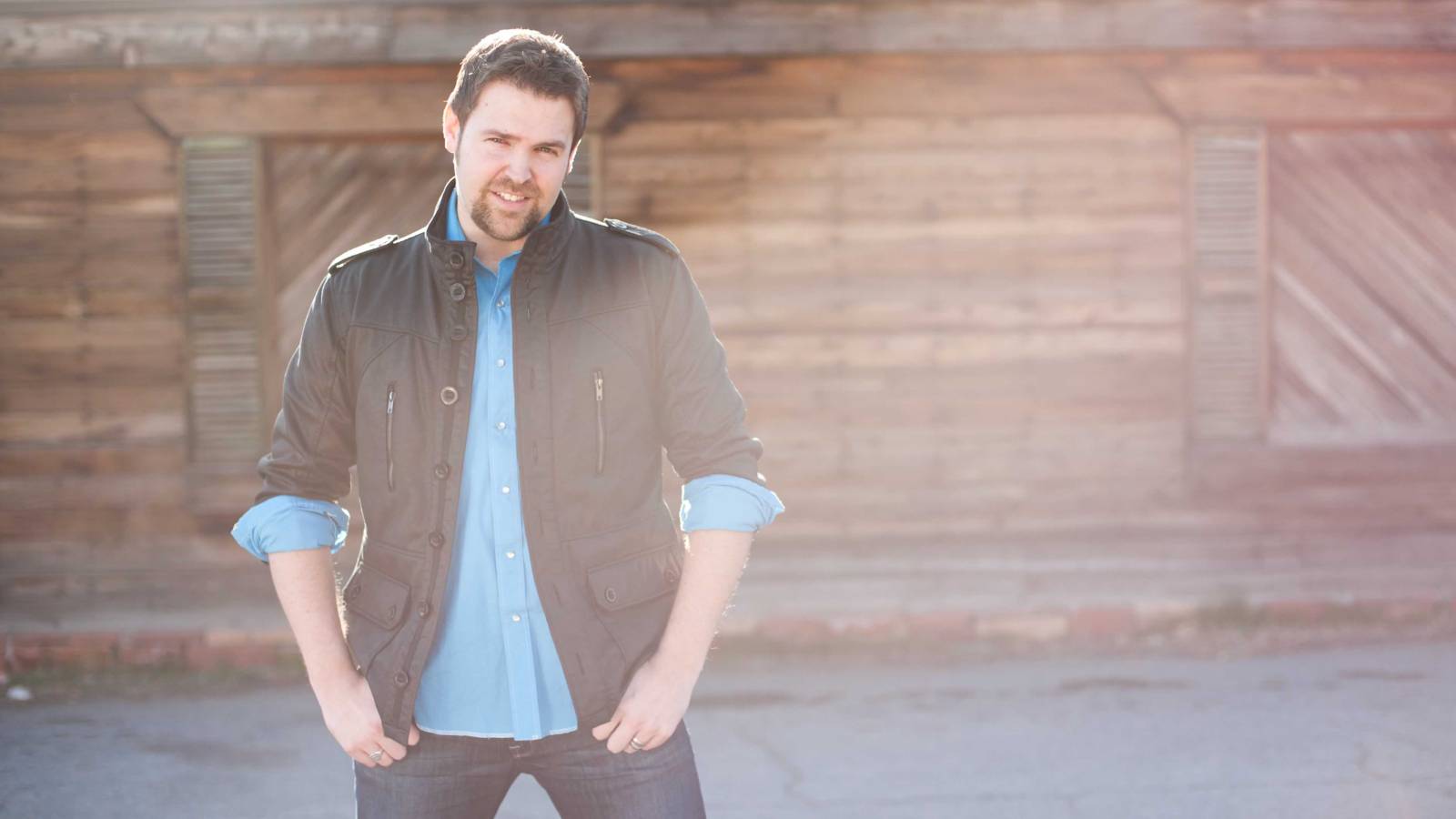 Nathan was nominated as Male Vocalist of the Year & New Artist of the Year in the Country Music category of the 2014 New Music Awards. He produced and starred in Pacific Swing Hawaii, which was voted the #1 Family Show in Waikiki 2011. And Nathan’s “Stars and Stripes” video, which was dedicated to the brave men and women in the U.S. Armed Forces and their families, won the Filmed in Utah Award for Music Video.

“With over 25 years of planning events, I have to tell you that you rate right up there with many of the big name entertainers we have had join us during our conventions. We look forward to having you be part of our events in the future.“ – Curtis Hoehne, Director of Global Events, Nature’s Sunshine Products, Inc.

During 2011’s CMA Music Fest, Nathan Osmond played the Midnight Jamboree at the historic Texas Troubadour Theater in Nashville. He also won the Eagle Award as Fresh Country Local Artist in 2011. His guitar-driven, cutting-edge, true-to-country-roots sound is winning the attention of country fans the world over.

This singer-songwriter is no stranger to the business. Nearly his entire life has been dedicated to writing and performing music. Raised around television and recording studios, Nathan knew at an early age that music was his destiny. Nathan Osmond began writing his latest project in Nashville with Dean Sams, the keyboard-player and founding-member of the hit country group, Lonestar. Sams immediately recognized Nathan’s musical gifts and took him under his wing to produce four sides on his album. Nathan then travelled to Muscle Shoals, Alabama to meet up with hit-songwriter/producer Gary Baker (I Swear, I’m Already There) to finish the album. He signed with Pretty World Records and has plans to release his next single this August.

Nathan Osmond recently returned from a five-month run in Hawaii where he both produced and starred in what was voted “The #1 family show in Waikiki,” Pacific Swing Hawaii, at the iconic Royal Hawaiian.

“He is genuine and a passionate artist“ – Great American Country (GAC)

“One of my favorite things to do is meet the fans before and after the shows,” said Osmond. “I don’t care who you are, if you don’t take the time out to meet your fans, you won’t be around long in this business!” Nathan Osmond is known for giving fans his time and is very active in responding to their questions through his Facebook and Twitter pages. He even has a street team called, “The O-Zone” whose members are actively spreading his music around the globe. Nathan said, “I’ve been so blessed to have the most loyal and supportive fans any artist could ask for. I love you ALL!!!”

In addition to his country music career, Nathan starred in the North American tour of the hit musical “Joseph and the Amazing Technicolor Dreamcoat.” He was even cast in the lead role of the National tour of “You’re A Good Man Charlie Brown.” He’s toured in over 15 countries, singing in many of their languages, and had 3 songs in the top 40 in the U.K. with his brothers (Osmonds 2nd Generation). He has appeared in a number of films over the past two years and has plans to continue acting. Nathan is also actively booked as a motivational speaker and delivers a timely and inspiring message to any organizational event. He is actively involved with Children’s Miracle Network (a foundation started by his grandmother), Autism Speaks, and Operation Smile. He believes in giving back. 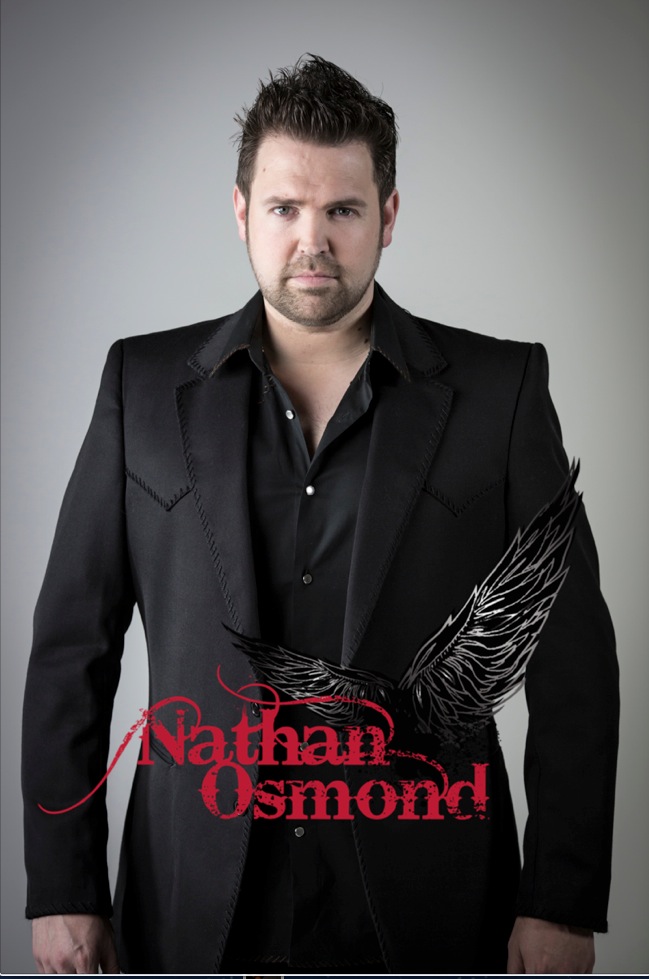 “I hope to be more than just another country singer,” says Osmond. “I hope to create a legacy of solid entertainment. I hope to be a positive role model to both young and old alike, proving that anything in life is possible as long as you have a dream and are willing to put into action what it takes to achieve that dream.” He continues by saying, “I hope to continue writing songs that are meaningful and an anchor to the hearts of the listener.” Nathan stresses the importance of family in achieving success. “I have been blessed with the greatest, most patient and supportive wife on earth. She is the inspiration for a lot of my songs.” Nathan recently recorded a Jerry Foster cut, titled Every Man Needs A Rock, which will be featured as a bonus song on his next album. He dedicates this beautiful song to his sweetheart, Sarah. “I’m the proud father of three little boys – Zachary, Corbin, and Samuel.” He continues by saying, “If I never win a CMA Award or a Grammy, as long as my kids think I’m a cool dad, then I consider myself a true success.”