Everything began on Thanksgiving Day 2007. Kendra, LaRae, Alisa, Meghan “PaperDolls”, alongside their whole family, left their home in Palmer, Alaska to seek after a bigger dream. 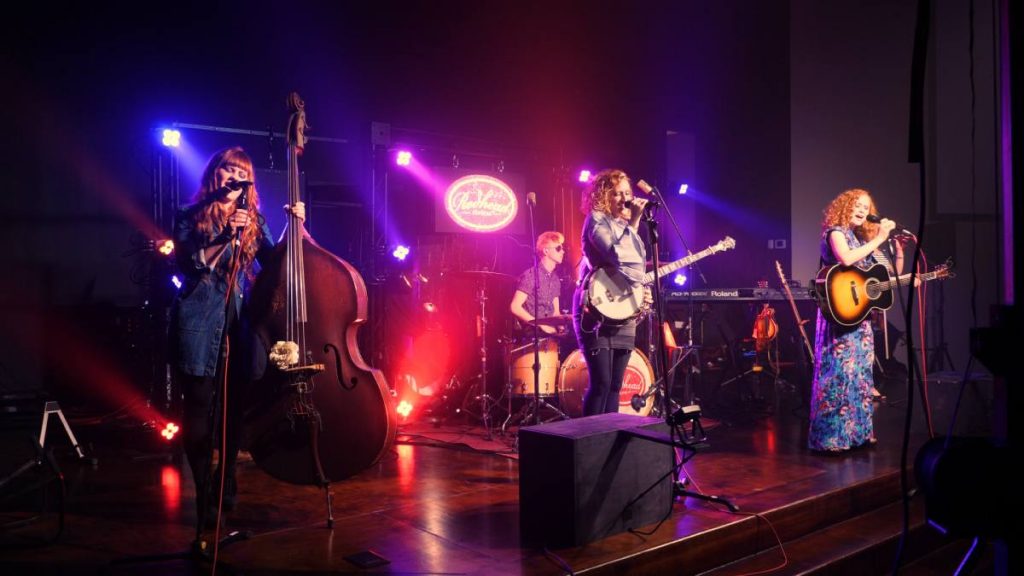 Music had dependably been a piece of their lives, however Christmas of 2006 changed everything. Kendra had been requesting a guitar, and LaRae got her coveted banjo, an instrument she had been asking for since she was 12. Alisa had constantly cherished the family’s violin, and that Christmas, unexpectedly, their aunt gave Meghan an upright bass. The band was formed.

The next year was all about music. They got together with local musicians for jam sessions, played for spare change at festivals and coffee shops, and swapped musical performances for food tickets at the Alaska State Fair. Everyone loved them, but they still wanted more. Kendra said, “The fall of 2007 was the most freeing thing I have ever experienced.” To get things going, the family sold all their possessions, down to whatever could fit in small storage containers, and began their drive to the Appalachian mountains to study the roots music of America.

Perfectionist singer/songwriter/band leader, Kendra is known for her long band practice sessions and approach to music. “She pushes us relentlessly, but we love it,” says Meghan. Since Kendra wasn’t completely satisfied with a 100% acoustic sound, she pushed the band instrumentally to create a larger feel. They now tour with a keyboard, electric bass, electric guitar, and their hand-made Craviatto drums. Whatever they’re doing…is working! After 10 years of performing and over 3,000 shows, their sound and stage presence is undeniable. Many believe what makes them truly unique is their near-perfect 3 and 4 part harmonies.

What musical classification is PaperDolls? Most think that because of their study of mountain music, they’d be labeled as American Folk influence. However, Kendra adds jazz, blues, rock, and pop, making them both early and modern Country music. Some refer to PaperDolls as Folk-Rock or Folk-Pop while others like the Alternative Country label. No matter what their genre, it is uniquely their own.